Go back to All News

In March, 2018, Tunisia’s ANME (National Agency for Energy Management), in partnership with the German international cooperation agency GIZ, organized a conference in Tunis on the theme of “Promoting women’s role in Tunisia’s energy sector”.

In March, 2018, Tunisia’s ANME (National Agency for Energy Management), in partnership with the German international cooperation agency GIZ, organized a conference in Tunis on the theme of “Promoting women’s role in Tunisia’s energy sector”. Participants at the event decided to undertake a survey on female employment in the Tunisian energy management sector’s private companies in order to better assess the assimilation of the gender dimension.

The ANME’s wish was to enhance working women’s role in the sector’s trades, to boost their involvement in promoting energy saving and climate change awareness and to increase awareness of the gender approach with key institutional stakeholders in the renewable energy sector.

One year later, at a restitution workshop on 29th March, 2019, again in the Tunisian capital, the two partners presented the results of this study, now attached to the PFM (Promotion du rôle des Femmes au Maghreb – Women’s Empowerment in the Maghreb) programme.

The appraisal, carried out under the PFE (Projet Femme-Energie – Women and Energy project) label, covered three regions: Sfax, Sousse and Bizerte. Of the population studied, 822 employees (28%) are women against 2097 men (72%). The latter occupy 94% of the managerial positions and only nine women are in charge of major departments. Their proportion “decreases as the hierarchical level rises” the study points out.

Women are mainly present in administrative positions, with 282 female employees against 245 male. By contrast, they are a small minority when it comes to technical trades (467 against 1630) and sales (73 against 222).

The ANME-GIZ study ascribes this small percentage of women in the energy and climate change sector to five reasons: insufficient support from the family, stereotypes regarding women’s ability to lead, a sector still at its formative stage and an access to financing limited by the lack of access to property, which stifles female entrepreneurship. 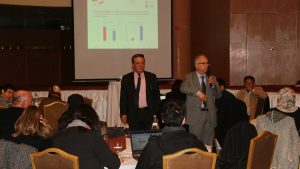 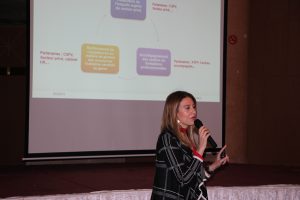 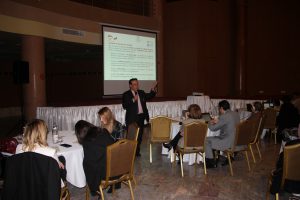